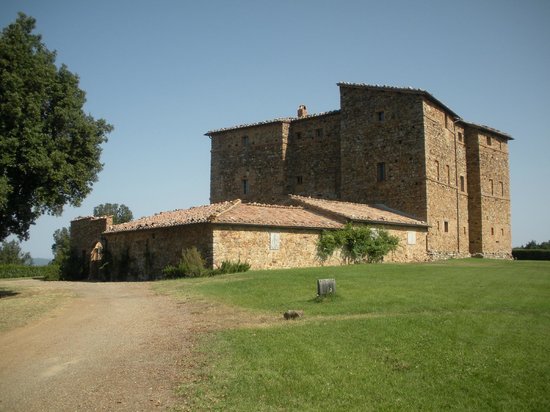 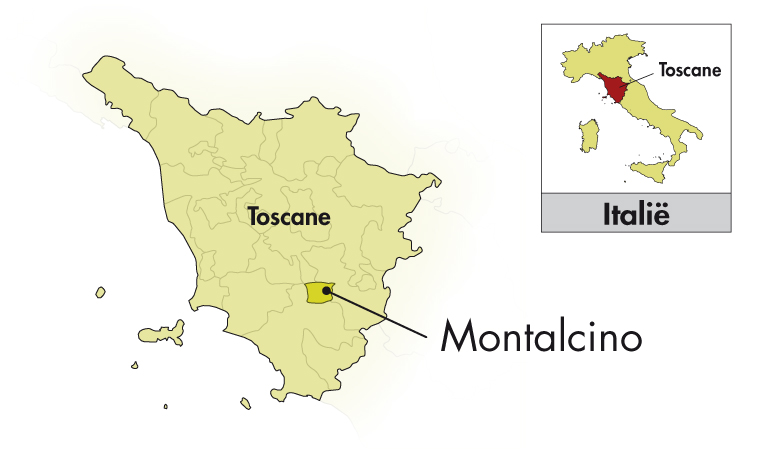 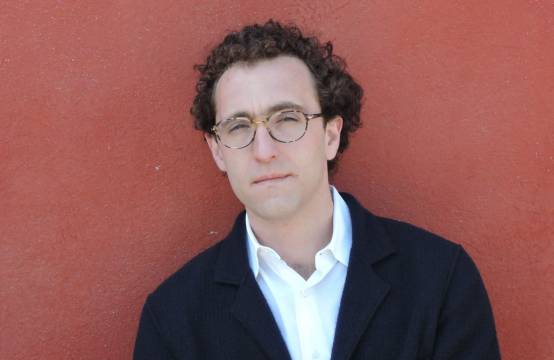 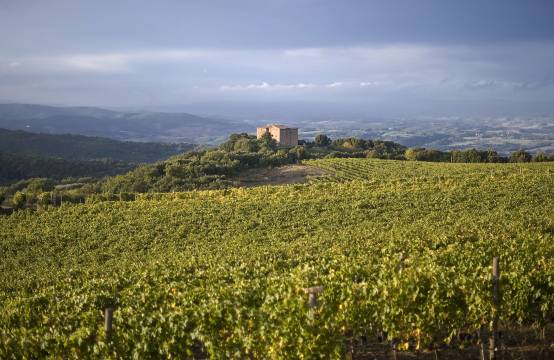 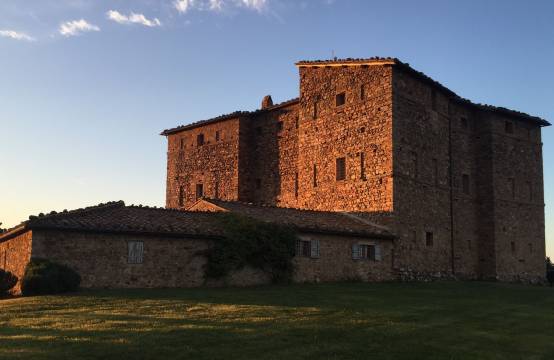 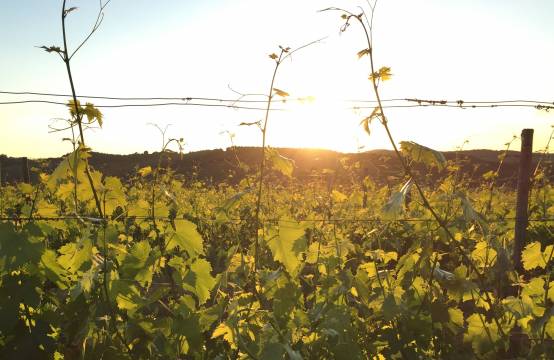 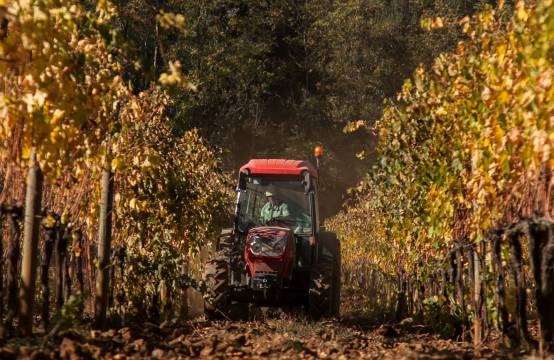 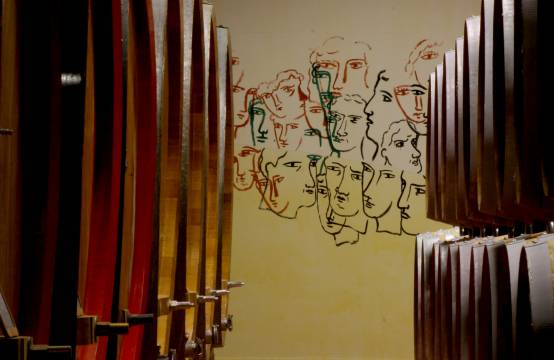 It’s always a pleasure to taste with Filippo Chia of Castello Romitorio. He lets the wines speak for themselves as he muses about his theories on how they could have been better, reminding me of many chefs I’ve known that will sit there and tell you what’s wrong with their dishes while you’re too busy thinking about how enjoyable your meal is. The good news is that, as much as Filippo is constantly tinkering and may never be 100% happy with his current vintage, the wines are really something to be excited about. Castello Romitorio’s vineyards are located in the northwest of Montalcino between 220-500 meters, all broken into smaller parcels between one to two hectares, which are each surrounded by thick forests. Their diverse mix of soils include galestro, clay and albarese, making for a patchwork of terroir, each vinified separately, which can then be used to create a balanced expression of each vintage. While cool-climate in character, there’s a power and rugged feel to the wines of Romitorio, each demanding your attention but also your time. The lower elevations is where we find the vineyard which produces Filo di Seta, with thirty-five-year-old vines growing in limestone, shale, schist and clay. Filippo explains that he used extended macerations to get all that he can out of the skins, looking to communicate the power and complexities imparted by these soils--and I must admit that he succeeds in doing so. The 2016 is dark, dense and almost-salty in character with a structure to carry it for twenty years or more. Lastly, the 2015 Riserva, the ninth Riserva ever made at Romitorio, is a barrel selection made from all of their vineyards. It’s a wine that you’d never expect from this estate after tasting their other offerings. It’s surprisingly feminine and poised for the vintage, leaning more on purity than power while showing wonderful symmetry.

Filippo Chia and his team at Castello Romitorio have been on a roll for over a decade now, seemingly able to deliver the most classic and profound expressions of Brunello from nearly every vintage – and 2017 is no different. It’s almost impossible to fully comprehend just how unique the region's terroir is in the northwest. You find yourself driving away from Montalcino proper, feeling as if you’re moving uphill instead of down as you pass Le Potazzine on the left, and with time, see the castle of Romitorio off on a distant hill. While the elevations are high here, the vineyards themselves span from 220-500 meters, sometimes with galestro, sometimes clay, and at others, albarese soils. It’s a sight that shows true biodiversity--designed by Mother Nature herself, with forests, ponds and wildlife around each turn. This patchwork of terroir gives Romitorio an advantage in most vintages, as parcels are vinified separately and blended for balance. Going back many years, the estate Brunello has always been one of the most dependable, yet also satisfying and age-worthy Brunello released each vintage – as witnessed from the recent 2001 retrospective. It was only about ten years ago that Castello Romitorio began to produce the single-vineyard Filo di Seta, long before most producers were even considering the diverse terroir of the region. This is a lower-elevation site surrounded by dense forests, with thirty-five-year-old vines growing in a mix of limestone, shale, schist and clay. You can taste the terroir here. Then there are the Riservas (yes, there are now two). The Filo di Seta Riserva sees its inaugural release with the 2016, and just like the estate Riserva, it is a selection of the winery’s favorite barrels, which is then refined for another year prior to bottling. Considering how well Castello Romitorio did with their Brunello in the 2016 vintage, it was with much anticipation, yet also high expectations, that I approached the two Riservas, and I’m very happy to report that they are flat-out stunning. But worry not; while the two Riservas are limited and far from cheap, there is still so much value to be found from the estate Brunello, which in 2017 was a total success for the vintage. With high elevations, moderating influences of the densely packed forests surrounding the estate, and the ability to blend from multiple vineyards, you’ll find a lot to like about this wine. There seems to be no stopping Filippo Chia and his team at Castello Romitorio.